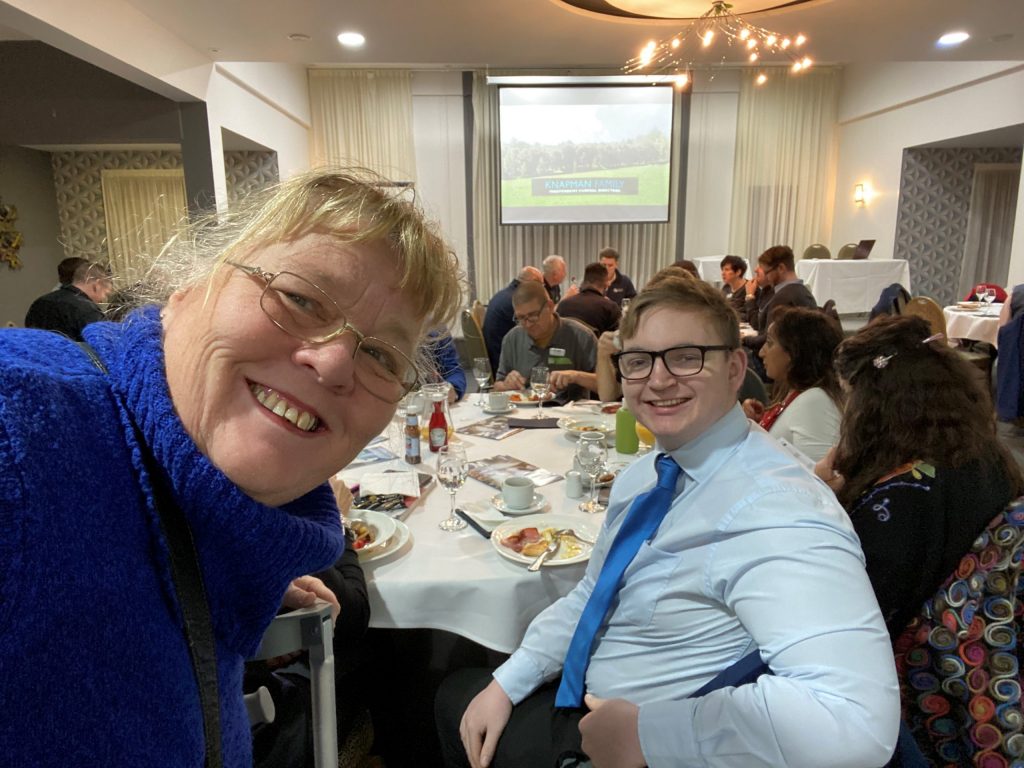 So this is why I take so many photos-  today I was sat there working and suddenly this pops up on my phone!

There are a lot of reasons I love this photo

1. I am with one of my employees on his first networking event where we went together- I know he was nervous having to do his one minute in front of a large room and his boss!! In Chris’ 1 minute he spoke about the let property campaign and how there are 1 in ever 3 landlords who are ‘missing landlords’. While I spoke about how much the Plym Chamber had helped me over the months I had been recovering.

2. It was the first time I went to Plym chamber breakfast after four months so I was really excited to get out again!

3. It was a first big event I had been to since I broke my leg where I could actually walk into the room, well should I say hobble as I was still on my crutches!

4. The smile is real! The excitement is there!

To be honest there are lots of reasons I like this photo but for today it lifted my spirits and I also looked at some of the other photos from that day to show how much i did when I finally went out.

It may have only been a few weeks last year where we had normality but for me it was a very exciting period.