Let Property Campaign – Have your landlords declared their income? 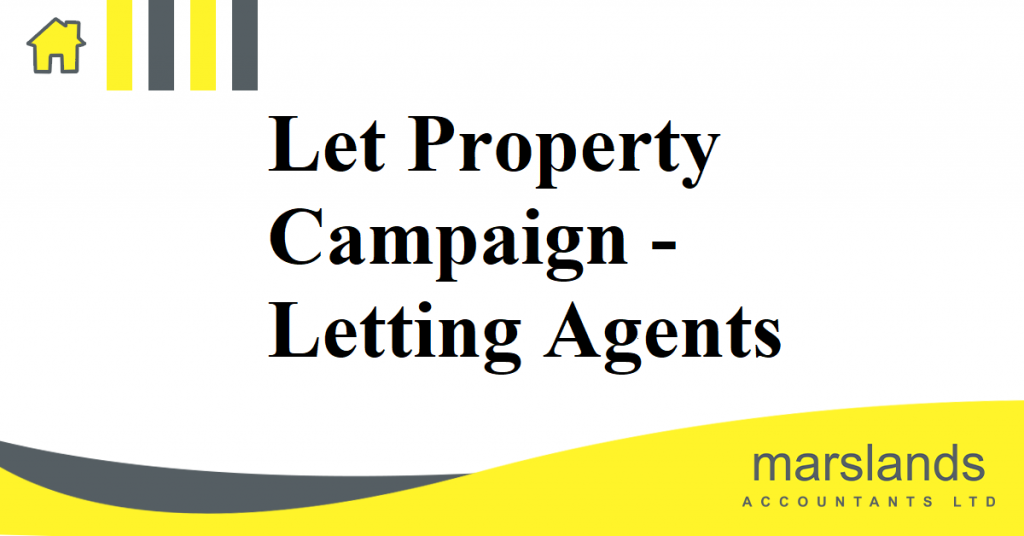 Every year letting agents need to fill out an annual form of all of their landlords explaining what properties they rent and their name etc. That information is held by HMRC and is used so if you know someone who is not declaring their rental properties you really need to listen on.

Over the last seven years they have been gathering information to get all the information of these landlords that they think have not been declaring their rental properties. One year they sent out 80,000 letters to people they thought were landlords and only got 10,000 back. I’ve noticed at Marslands Accountants over the last six months that they have really upped their game. Approximately 30 out of 100 of your landlords may not be declaring their rental property income.

One of the common misconceptions is that people think because they’ve got a letting agent that the letting agent does their tax for them. They also sometimes think that their mortgage company does it for them but we know differently. Some of them may have already had a letter and when they do have a letter one of the things I’ve found over the last few years doing this is that they are really scared and worried.

Now the good news about the Let Property Campaign is that the penalty regime is a lot less severe than if you’re in the normal system. We like to help landlords because we realize that we can make a difference and also we like to help the letting agents. At Marslands Accountants we’ve had a big influx in the last three months of Let Property Campaign clients. I think because HMRC have upped their game. We’ve got the experience, we’ve been doing this for the whole seven years and every few weeks we learn something new as well. I find that the enquiry department are much more severe than the Let Property Campaign department, so although the rules are supposed to be the same across the board they’re not. Everybody will be caught pretty much I would say 90% eventually.

I’ve got rental properties of my own and so you learn the rules quite seriously when you’ve got your own property that’s for sure. It really is important that they understand that coming clean is much easier and cheaper to do now and often when we claim the expenses that they’ve been putting through, the large repairs that they might have done to the roof or whatever 15/20 years ago that often they don’t pay tax for many of those earlier years because the mortgage interest rates were so much higher then.